Floatation therapy has many benefits—and many buzzwords! One of the most frequently mentioned but rarely explained is the idea of “theta state” or “theta waves.”

“You really tap into your theta waves.” “The float tank lets you enter the theta state.” “Floating is so powerful because your brain produces theta waves.”

But what exactly are theta waves? Why do we want them? And what do we really know about the float tank’s effect on our brain?

What Are Theta Waves?

Theta waves are a type of brain waves. And what are those? “Brain waves” are the layman’s term for the patterns of oscillations generated by the combined electrical energy our neurons produce constantly.

Scientists have created categories for the different types of waves we produce. The categories are usually defined as:

Most of us experience these low-frequency theta waves as the dreamlike state just as we start to drift off to sleep, or when we start to waken but aren’t quite consciously thinking yet. Being in this very peaceful frame of mind is what many refer to as “theta state”.

In addition to the last moments before sleep or before fully waking, scientists have also observed theta state being reached by Buddhist monks practicing Zen meditation—but only by the most experienced monks, and only after long periods of meditation.

Past research conducted on floatation has demonstrated that individuals do produce theta waves in the float tank—even without 20 years of Zen meditation experience under their belts.

While the mechanism for why the float tank helps us reach theta state hasn’t been explained yet, it’s easy to see how the quiet, distraction-free environment of the float tank can help our brains achieve an unusually deep state of relaxation.

What Are the Benefits of Theta Waves?

Research points to theta waves as an indicator of deep relaxation, and participants have reported experiencing a “blissful state” during their time in theta.

However, being in “theta state” doesn’t just feel good: science has revealed strong links between theta waves and how we learn and form memories, especially personal memories.

This may explain the links found between float therapy and learning, or why some individuals report reliving—quite vividly, with rich detail—memories from childhood or early life in the float tank.

While additional in-depth research on float therapy and brain waves is needed to learn more about this relationship, we can use this information as a way to understand what exactly the buzzwords like “theta state” really means. Simply put, when floating, our brains are able to slow down and reach a deep level of calm that can be difficult to replicate in day-to-day life. 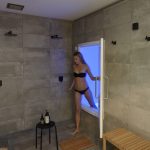 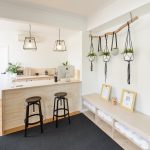